By 1985 Pete George had already established himself as one of Cleveland’s top lead guitarists, when he was called up to join the original alternative rock group, “Separate Checks”. Releasing two original songs and a music video during the height of the MTV era, the band used its fame to start the petition drive that succeeded in bringing the Rock ‘n’ Roll Hall of Fame and Museum to Cleveland.

By the 1990’s, Pete’s love of entertaining led to an acting career where he honed his skills performing in theater and numerous TV commercials.  Pete booked his first film, The Shawshank Redemption, where he worked alongside Hollywood heavyweights, Morgan Freeman and Tim Robbins. Pete then went on the road full-time where his original, unique style of stand-up & comedy music earned a large following of fans from across the country.  Pete eventually moved to Los Angeles in 2000.

Now, more than 8,500 comedy shows later, Pete George has headlined Planet Hollywood in Las Vegas, the House of Blues and Hard Rock Casino in Cleveland, winning fans and critical acclaim. Along with the hundreds of comedy clubs, corporate events, colleges and military shows across the country, Pete was also a host of the Rock ‘n’ Roll Fantasy Camp at the infamous Whisky a Go Go in Hollywood.  Currently, Pete can be seen as the lead in an International Audi commercial, guest-starring in “Blood Relatives”, “The Incredible Life of Darrell” for Warner Brothers and out in 2020, playing a drag queen in "A Social Distance" movie.

Erik Tait has won awards for both standup comedy and magic throughout North America, appeared on Penn & Teller: Fool Us and was the 2018 International Brotherhood of Magicians Gold Cups Close Up Competition Champion. He graduated with honors from the prestigious Humber College Comedy Writing and Performance program, which means Erik can academically prove why he is hilarious. Beyond that, Erik is the only magician in the world with a degree in funny. He has put academic theory into practice on some of the most prestigious stages in the world, including The Magic Castle, Second City Toronto, and the Hollywood Improv. 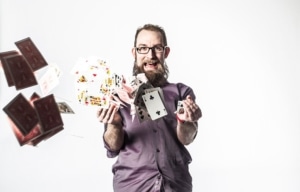 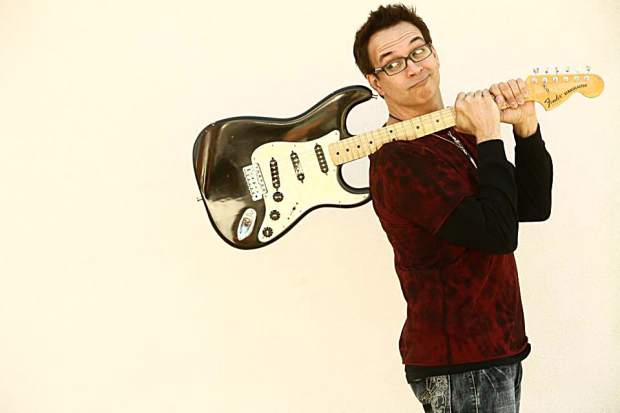